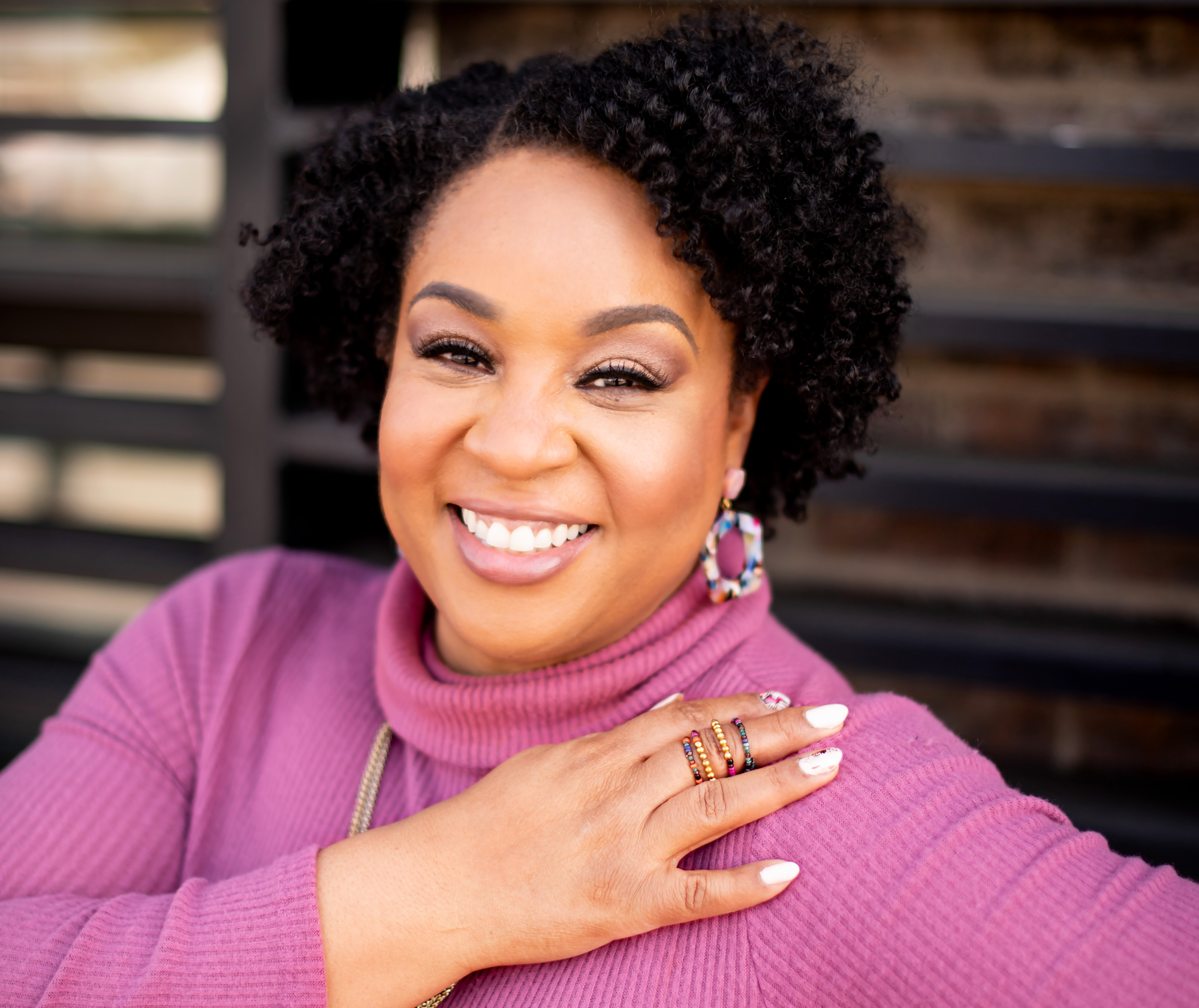 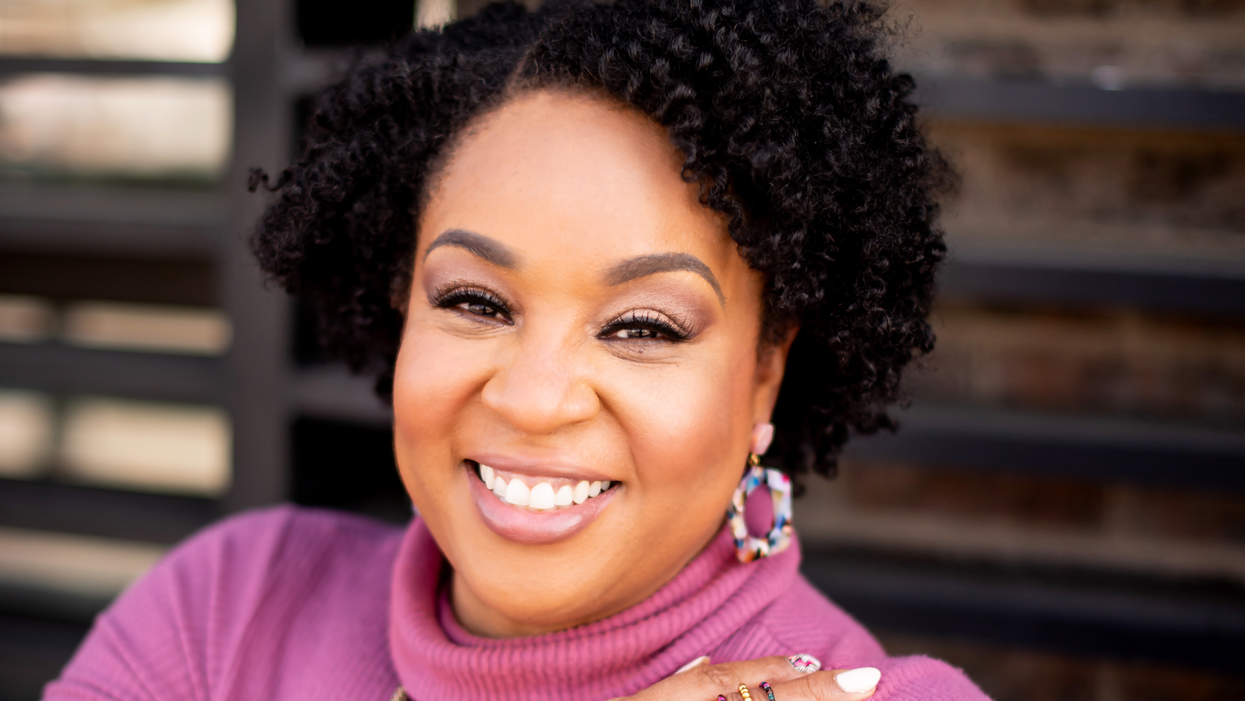 As told to Liz Sauchelli

When I was younger, I wanted to be the next Oprah. As a broadcaster, my mind was always on the next story or package to produce. At 25, after years of freelancing, I'd finally landed a full-time job with health benefits and I felt like I was on my way in life.

That changed after a routine visit to a gynecologist when I was diagnosed with stage IIA cervical cancer and told I had to have a radical hysterectomy. At that point, it had been around four years since I'd had a Pap test done. During my years without health insurance, I'd only gone to the doctor if there was something truly wrong because it was hard to find the funds for preventive care.

Getting told I had cervical cancer was like an out-of-body experience. I saw a lot of doctors for second opinions and tried to find a healthcare provider who would tell me that my cancer was misdiagnosed. Every doctor told me the same thing: I had cervical cancer, I needed a hysterectomy and I would lose my fertility at age 25.

I was scared. I didn't want to die. I also felt ashamed that I must have done something to do this to myself because most cervical cancer cases are connected to human papillomavirus (HPV), a sexually transmitted disease. While I was never officially diagnosed with HPV because it was two years before the first FDA-approved HPV screening test became available to the public, my doctors told me the probability was very high that I had it.

I went to the library and researched HPV, becoming angry at how women who got cervical cancer were viewed. It doesn't matter the number of sexual partners someone has: HPV can happen if you've had one partner or 10. Yet some of the doctors that treated me were incredibly judgmental and made me feel like I had brought my cancer on myself.

Two months after I was diagnosed, I had a hysterectomy. If it was up to my doctors, I would have done it sooner, but I had been busy trying to find another provider who would say they were wrong. My surgery was scheduled for a week before my birthday and I asked, "Can we do it after my birthday? I really want to have another birthday just in case." The doctors assured me that I had many birthdays to come. But I wasn't so sure.

After the surgery, I had several months of radiation and chemotherapy. I continued to work part-time to keep my health benefits. On the days I had radiation, I would work in the mornings and go to the hospital for treatment in the afternoon.

While I had an amazing support system of family, friends and co-workers, they didn't understand what it was like to be 25, lose your fertility, try not to think about dying all the time and go to work every day. This was in the days before social media and it was difficult to connect to other young adults who had cancer, especially one that was shrouded in shame.

As I went through my treatment, I began to think about how I could help other women who had cervical cancer find support. A year after I was declared in remission, I started sharing my story publicly. Two years later, I started a nonprofit organization that is now known as Cervivor, which advocates for cervical cancer patients — and teaches them how to advocate for themselves. After a decade of working in my full-time broadcasting job and running my nonprofit at the same time, I started to work with cervical cancer survivors full time. I've also become a big supporter of early screenings. If I had been able to keep up with my regular Pap tests, my cancer could have been caught earlier and there's a possibility I'd still have my fertility.

Having and surviving cancer as a young adult definitely changed my perspective on life. I think at 25, you think you've got it all figured out and that you're an adult. And then something like cancer comes into your life and it reminds you that there's so much you haven't experienced.

I realized I wasn't truly living my life. I had gotten into this workaholic cycle and there was never enough money or time for vacations. But after my diagnosis, my perspective changed. I realized I needed to make the time for the things I truly wanted to do. Eight years after I was in remission, I finally took a long-dreamed-of trip to Greece. Travel continues to be a big part of my life today.

There are fears that can linger. I'm 20 years cancer-free now, but it wasn't until around 13 years in remission that I stopped thinking about it every single day. There are health events that trigger that fear. At one time, I had an issue with my circulation and I had to see quite a few specialists to figure it out. In the back of my mind, I kept thinking, "The cancer is back."

The sadness of losing my fertility is also something that continues to pop up over the years. I tell myself that it's OK, I'm busy in my career and maybe I was meant to mother other things. People say, "Well, maybe it was because you were meant to mother this movement," and I take that because it makes me feel better. But then I watch a movie or hold a friend's baby or see a pregnant woman in a store and my heart still aches for what I can't have.

I want cervical cancer patients to know that, while it is true their lives will never be the same after their diagnosis, there is life after cancer. Once you accept that you will never be the same physically, emotionally and mentally, you can move forward on this new path. If you want to take your life savings and travel the world, do it. If you want to sit on your couch and watch TV, do it. But whatever you do, live. Whatever living looks like to you, live.