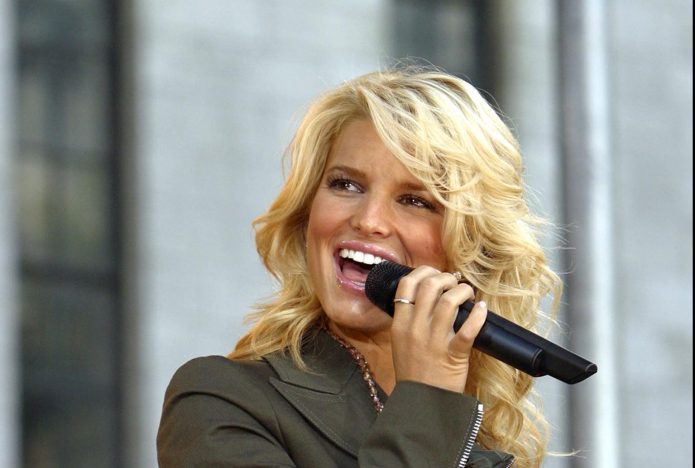 For people who are sober or in recovery, it’s so important to stop and take stock of all the progress made on their journey and to celebrate it whenever they can. For Jessica Simpson, the four year anniversary of her decision to stop drinking was one such occasion to mark the milestone and get real about attitudes about alcohol abuse that can make that road to recovery all the more challenging.

In the post, which features a photo of Simpson (sans make-up and glam team) in November 2017, right around the time she first made the decision to quit drinking.

“This person in the early morning of Nov 1, 2017 is an unrecognizable version of myself. I had so much self discovery to unlock and explore,” Simpson writes of the complicated and deeply personal journey to getting sober. “I knew in this very moment I would allow myself to take back my light, show victory over my internal battle of self respect, and brave this world with piercing clarity. Personally, to do this I needed to stop drinking alcohol because it kept my mind and heart circling in the same direction and quite honestly I was exhausted. I wanted to feel the pain so I could carry it like a badge of honor. I wanted to live as a leader does and break cycles to advance forward — never looking back with regret and remorse over any choice I have made and would make for the rest of my time here within this beautiful world.”

Simpson went on to say that it felt like a shock to be celebrating four years already (adding that it feels more like two) but that she thinks of that as a good thing.

She also touched on how the stigma around naming your alcholism or using the terms “alcoholic” or “alcoholism” in general can make it hard to do the necessary work of identifying the behaviors and attitudes you want to change.

“There is so much stigma around the word alcoholism or the label of an alcoholic. The real work that needed to be done in my life was to actually accept failure, pain, brokenness, and self sabotage,” she writes. “The drinking wasn’t the issue. I was. I didn’t love myself. I didn’t respect my own power. Today I do. I have made nice with the fears and I have accepted the parts of my life that are just sad. I own my personal power with soulful courage.”

Simpson, whop previously spoke to SheKnows in Summer 2020 said that she felt “so much better” since she opened up about her sobriety journey and really confronted it — in therapy and in public.

“I mean, I have felt so much better ever since I put that out, ever since I’ve confronted it — Sobriety —  with the clarity,” Simpson told SheKnows. “I have not wanted a drink through the pandemic at all. Everyone’s like ‘How are you not drinking? Aren’t you, like, freaking out?’ And, no, actually, I feel like I’m clear!”

Simpson closes her Instagram post with a similar powerful and hopeful note: “I am wildly honest and comfortably open. I am free.”

Here’s to many more years to celebrate!