Obesity Among Black Women: Fighting the Disease Through Community 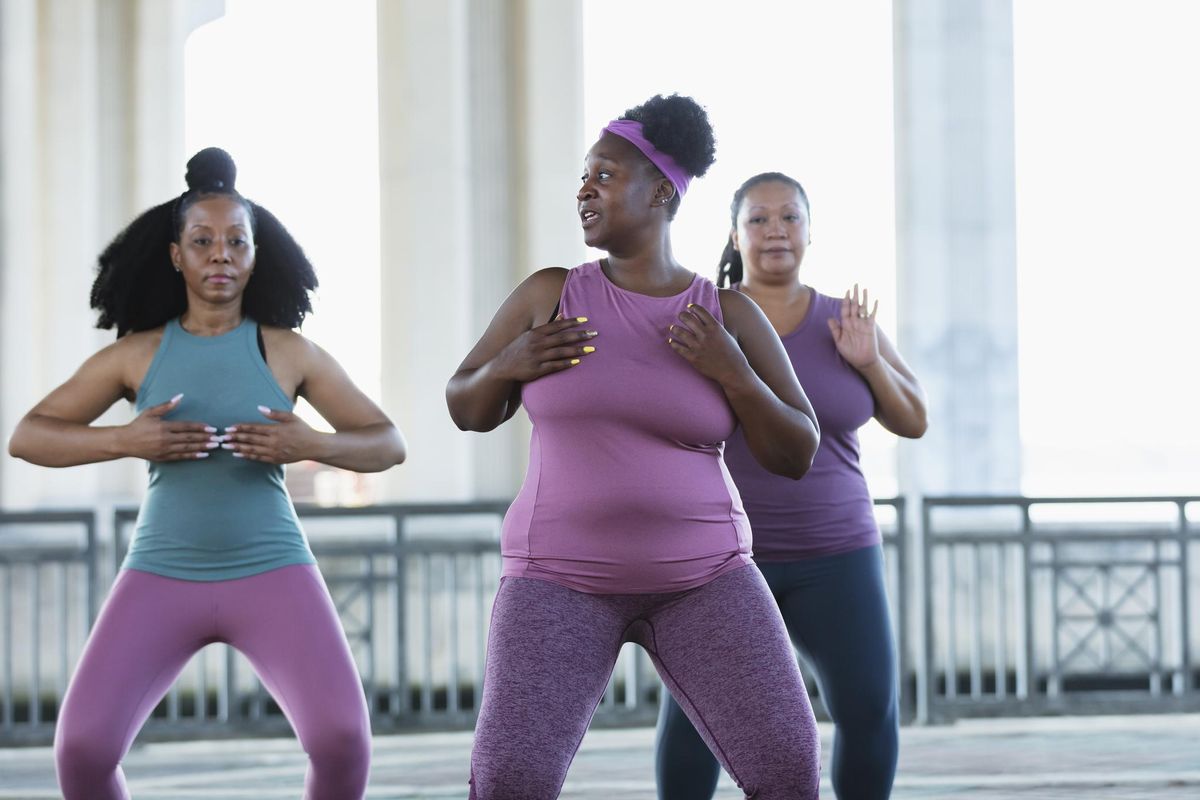 For Michele Tedder, fighting obesity has been a lifelong journey.

A sleeve gastrectomy in late 2017 provided the catalyst she needed to make lasting lifestyle changes, helping her drop 90 pounds. Five years later, she’s kept most of the weight off.

“Obesity isn’t a moral or personal failure or a sign you’re not working hard enough to lose weight,” Tedder said. “Obesity is something you’ll always have to manage, but you have to figure out your motivation for wanting to change your life and what adjustments you have to make to get to your optimal level of health. I know I've added years to my life.”

As senior program manager for the Black Women’s Health Imperative and a registered nurse, Tedder draws from personal experience in her work to address the issue of obesity among Black women. Eighty percent, or four out of five Black women are considered overweight or obese according to the U.S. Department of Health and Human Services Office of Minority Health. Black women also have the highest rates of obesity or being overweight compared to other groups in the United States, with 56.9% classified as obese. 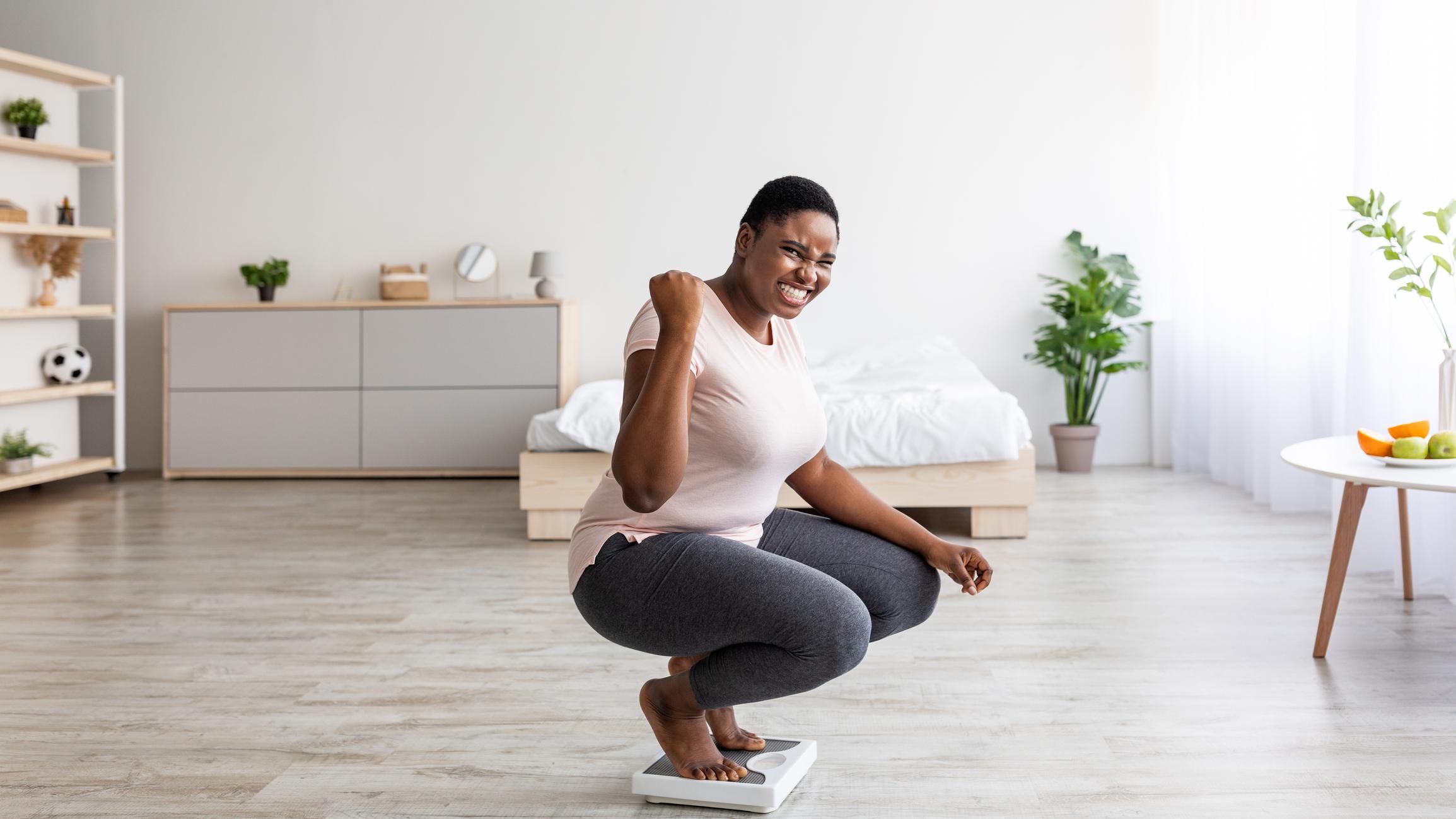 The reasons for Black women’s higher obesity rates are multifaceted, healthcare providers say, and much more nuanced than simplistic explanations of eating too much or being inactive. Socioeconomic and cultural factors can contribute to higher rates of obesity, requiring a more comprehensive approach toward weight loss.

“I think the one of the reasons this topic is so touchy is because of the concept of labeling someone as obese or overweight,” said Dr. Holly Lofton, director of the medical weight management program at NYU Langone Health and a member of HealthyWomen’s Women’s Health Advisory Council. “Rather than use those words as adjectives, I use them as nouns because they are diseases. Obesity is a disease.”

For Black women, social determinants of health, including structural bias in the healthcare system, poverty and lack of access to healthcare, can play a significant role in rising obesity rates. Living in “food deserts,” or locations that lack grocery stores where residents can easily obtain healthy foods, can also contribute to obesity. As a result, Black women face a greater risk of developing health conditions worsened by obesity, such as diabetes, heart disease, stroke and cancer.

While Lofton works to help patients lose weight, she takes a more nuanced approach to the use of the body mass index (BMI) as a main determinant of health. BMI is calculated by dividing one’s weight by their height, and a BMI over 25 is considered overweight. A BMI that’s 30 or higher is classified as obese.

“Although BMI is used to determine the definition of obesity, BMI does not correlate with health,” Lofton said. “If a patient’s BMI is 27, but their health is good, they feel great and they have a normal cardiac exam, I treat them as an individual and tell them they’re doing OK even if the BMI table says they’re overweight.”

Lofton also said genetics and body composition also play a role in Black women’s higher BMI levels, and multiple studies have suggested Black women have more muscle mass than other groups. That’s why her approach to weight loss looks at a woman’s entire lifestyle, which includes her weight loss goals, current health conditions, financial resources, medications, work-life balance, and any history of trauma, anxiety or depression. Hormonal changes that come with puberty, childbirth, perimenopause and menopause also are considered, along with cultural attachments to certain foods. Sometimes, the desire to gain weight to obtain a curvier body type that is often praised in Black communities can contribute to obesity, she said.

“Genetics are something we can't change,” Lofton said. “That’s a factor for many Black women that can’t be adjusted, but it’s important to look at the environmental and physiological factors that we can adjust.”

Working out in community

On the community level, multiple organizations have sprouted in recent years to provide support for Black women looking to become more active in an effort to improve their health.

Jay Ell Alexander is CEO of Black Girls Run, an organization launched in 2009 to combat the obesity epidemic by encouraging and motivating Black women to practice a healthy lifestyle. Now in its 13th year, Black Girls Run has more than 200,000 members in more than 75 chapters throughout the U.S.

Alexander said many members come to Black Girls Run hoping to lose weight or after receiving a negative health diagnosis. They stay because of the community and sisterhood.

“We wanted to create a space representative of our culture that shows Black women being active and healthy,” Alexander said. “Whatever size you are, we have a place for you.” 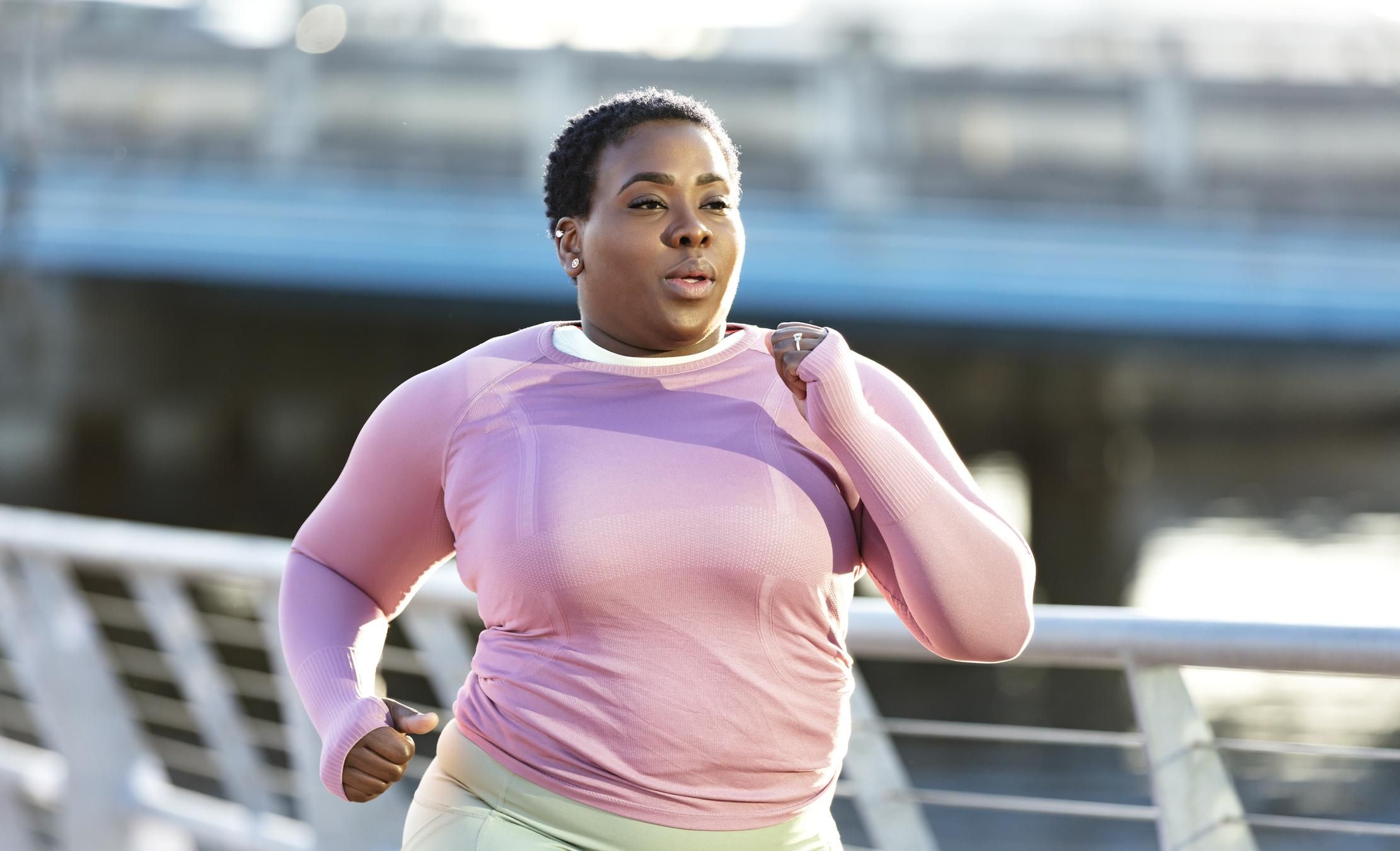 Tedder’s organization, Bariatrically Blessed, offers support for people who’ve had or are considering bariatric surgery, or who just want to live a healthier lifestyle. While she knows she’s still considered to have obesity, there are more victories these days than setbacks.

She’s no longer diabetic and has reduced the amount of medication needed to manage her hypertension. Her joints feel better, allowing her to sit on the floor to play with her grandson and rise easily. She works out five days a week and has developed a love for cycling and dancing.

“It's a very complex road,” Tedder said. “I think as a community, though, we’re heightening our awareness about health. There’s a greater understanding about the importance of physical activity — not just for losing weight, but for all of the mental and physical health benefits. There’s so much more to being healthy than numbers on a scale or your BMI.”