Celebs Who Are Totally Open About Seeking Therapy 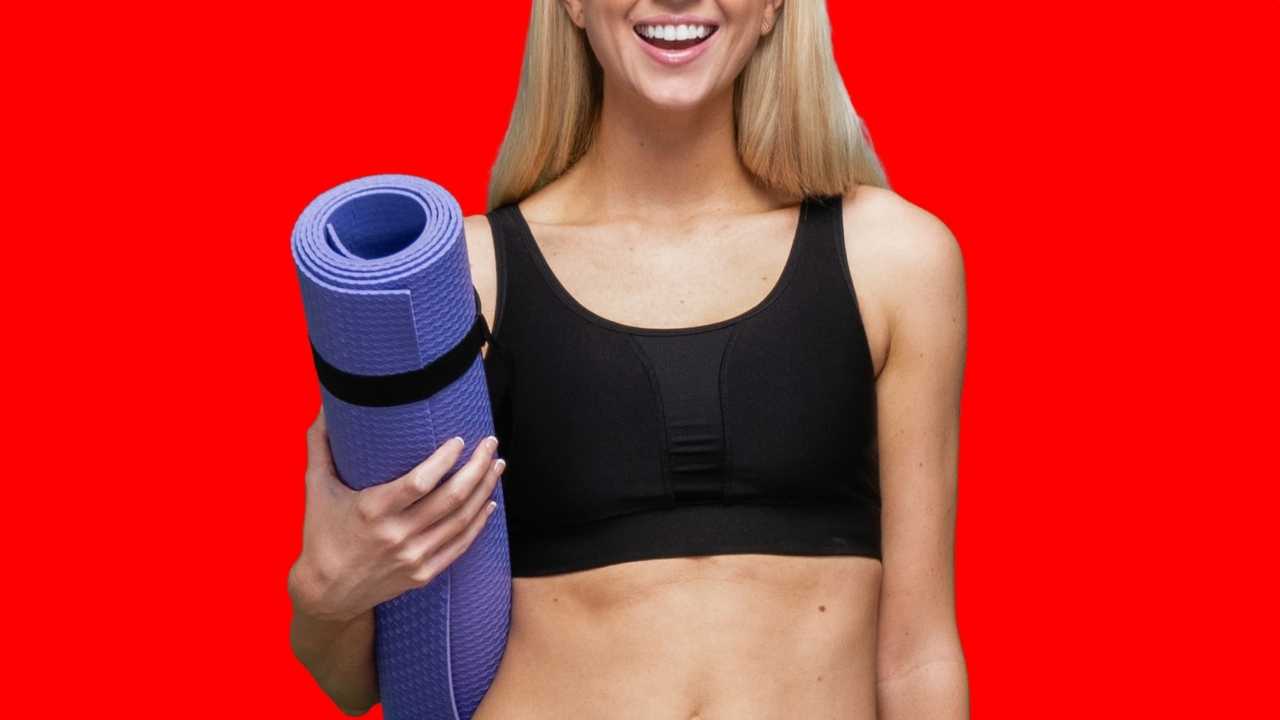 Despite there being a significantly better understanding of mental health around the world, it is still an ongoing battle for many mental health professionals, advocates and those in treatment to destigmatize going to therapy and other mental health treatments. While caring for and understanding individuals who live with various mental health concerns and disorders is far from new, removing any negative connotations of talking about it or even talking about seeking out treatment is still important because those negative connotations still remain deeply ingrained in society today. 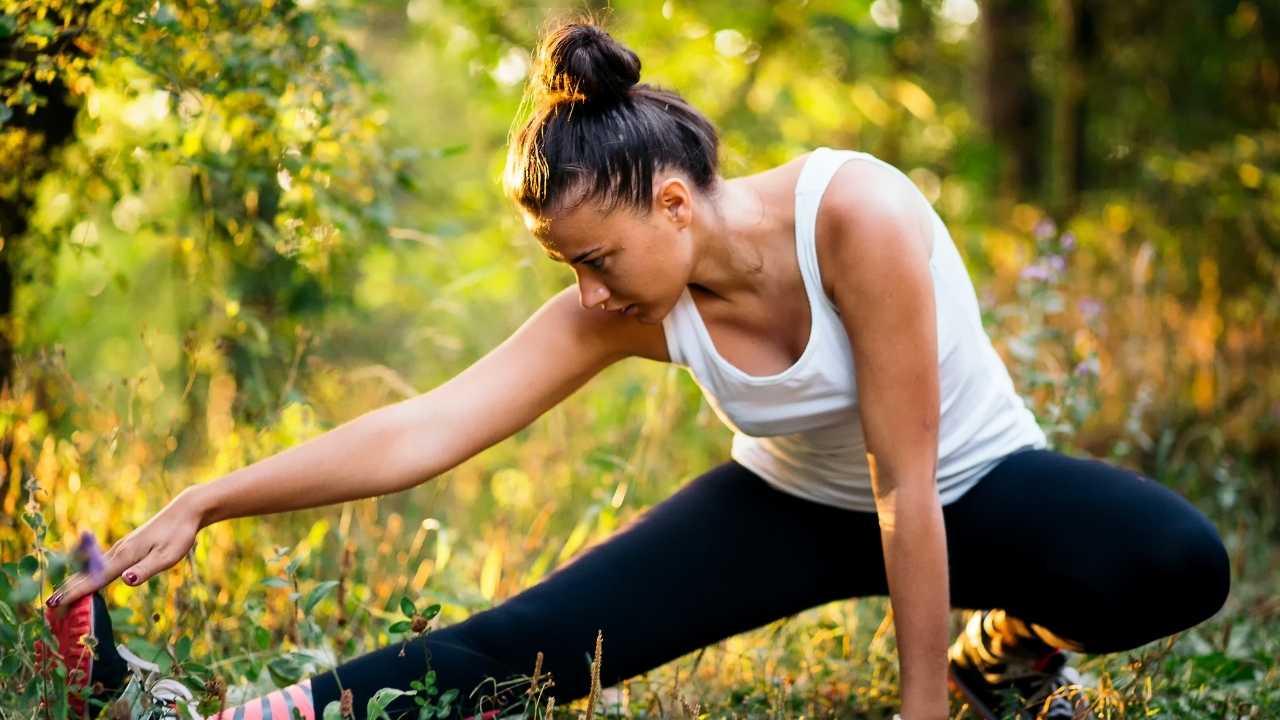 And yet studies show that more adults are currently seeking treatment than we might think — whether or not they want to talk about it. According to a 2016 finding from the Virginia-based group Mental Health America (which gathers data across all 50 states) and as reported by Good Therapy, “18.5 percent (or 43.7 million) of Americans were found to be experiencing some form of mental health issue” but “nearly six in 10 adults with a mental health issue receive no treatment.” While there’s no direct claim being made that those 6 in 10 adults were not seeking treatment because of social stigmas or any other specific factors, it’s still high enough to take notice.

Which brings up to an important question: Who is talking about seeking mental health treatment? Who is using their platform to advocate for treatments like therapy and in doing so helping to alleviate some of the negativity surrounding it? For that, we look to some of our favorite celebrities, including Brad Pitt, Kerry Washington and Jennifer Garner, who have all gone on record to discuss mental health and the helpful role therapy has played in their lives.

A version of this story was posted September 2018.

Frequently candid about her experiences with both individual and couples' counseling, Bell told Good Housekeeping in 2015: "You do better in the gym with a trainer; you don't figure out how to cook without reading a recipe. Therapy is not something to be embarrassed about."

Further on in her interview, she also opened up about her experiences with antidepressants as a part of her therapy experience, saying, "I have no shame in [taking antidepressants] because my mum had said if you start to feel this way, talk to your doctor, talk to a psychologist and see how you want to help yourself. And if you decide to go on a prescription to help yourself, understand that the world wants to shame you for that, but in the medical community, you would never deny a diabetic his insulin."

In addition to being an advocate for expanding mental health awareness and giving support to those who need treatment, Prince Harry has gotten candid about his own therapy for undisclosed mental health concerns in the past.

"I’ve done [therapy] a couple of times, more than a couple of times, but it’s great," he told The Telegraph in 2017. "The experience that I have is that once you start talking about it, you suddenly realize that actually you’re part of quite a big club, and everybody’s gagging to talk about it.”

In an interview in 2018 on The Tonight Show , the former first lady opened up about going to couple’s counseling with her former-POTUS spouse and going to solo therapy while promoting her book best-selling Becoming .

“I was one of those wives who thought, ‘I’m taking you to marriage counseling so you can be fixed, Barack Obama.’ Because I was like, ‘I’m perfect.’ I was like, ‘Dr. X, please fix him,'” she said with a smile. “And then, our counselor looked over at me. I was like, ‘What are you looking at? I’m perfect…But marriage counseling was a turning point for me, understanding that it wasn’t up to my husband to make me happy, that I had to learn how to fill myself up and how to put myself higher on my priority list.”

In a candid interview with GQ, Pitt opened up about how therapy has factored into his divorce from Angelina Jolie, saying "You know, I just started therapy. I love it, I love it. I went through two therapists to get to the right one," with a source close to Pitt confirming in January 2018 that he was going to therapy once a week.

Kerry Washington spoke to Essence magazine about how therapy helped her vocalize and connect to her emotions better.

While chatting with The Guardian, Hamm spoke about how therapy has helped with his depression: "I struggled with chronic depression. I was in bad shape … I did do therapy and antidepressants for a brief period, which helped me. Which is what therapy does: it gives you another perspective when you are so lost in your own spiral, your own bullshit. It helps."

A longtime mental health advocate, in July 2018, the singer revealed that she would be seeking treatment for depression on Instagram, commenting, "I recently listened to the same advice I have given to thousands around the world and sought help from a great team of healthcare professionals. Today I proudly, happily and healthily stand here as someone who will continue to always lead by example as I tirelessly advocate for betterment of those in need."

In a 2017 radio interview, Perry explained how therapy helped her: "I’ve been going to therapy for about five years, and I think it has really helped my mental health incredibly. And it’s a really wonderful thing to be able to talk to someone who doesn’t judge you, because I don’t think a lot of people have that. I encourage it," she explained, continuing, "People think it’s weird or they think yoga is weird. No, there is nothing weird about taking care of your physical and mental health. That’s awesome."

Speaking to Glamour, Teigen opened up about getting treatment for postpartum depression after having her first child, daughter Luna: "I remember being so exhausted but happy to know that we could finally get on the path of getting better. I started taking an antidepressant, which helped. And I started sharing the news with friends and family — I felt like everyone deserved an explanation, and I didn’t know how else to say it other than the only way I know: just saying it. It got easier and easier to say it aloud every time."

Lovato has sought treatment over the years for both mental health issues and addiction issues. While speaking to HuffPost in 2015, Lovato commented briefly on how therapy has helped her: "Having people who are professionals as well and not relying on just one person is another key to maintaining a healthy recovery. I talk to my therapist," she stated.

In a 2016 article for Elle, Kesha opened up about seeking treatment for an eating disorder.

"I felt like part of my job was to be as skinny as possible, and to make that happen, I had been abusing my body," she told the magazine. "I just wasn't giving it the energy it needed to keep me healthy and strong. My brain told me to just suck it up and press on, but in my heart, I knew that something had to change. So I made the decision to practice what I preach. I put my career on hold and sought treatment. I had to learn to treat my body with respect."

While speaking to People magazine about seeking treatment for her bipolar II disorder, Zeta-Jones explained, "This is a disorder that affects millions of people and I am one of them. If my revelation of having bipolar II has encouraged one person to seek help, then it is worth it. There is no need to suffer silently and there is no shame in seeking help."

Jennifer Garner opened up in 2010 to Parade magazine about how therapy helped her process the end of her first marriage: "It was a huge heartbreak for me to have something fail like that. I knew that this was either an opportunity for growth or I would sink… I thought, 'Why did this relationship not work? What part of the failure is my responsibility?' So I went to work on it. I started therapy."

Speaking to We're the Millers costar Jason Sudeikis for a 2013 Glamour interview, Aniston was frank about the advice for she would give herself in her 30s: "Go to therapy. Clean up all of the shit. Clean up all of the toxins and the noise. Understand who you are. Educate yourself on the self. […] You can undo a lot of things. If you're not happy, you can become happy. Happiness is a choice. That's the thing I really feel."

Stone listed therapy in an interview with The Hollywood Reporter as one of the primary ways she battled crippling anxiety attacks as a child.

In a 2005 op-ed for The New York Times, Shields opened up about seeking therapy and medical treatment for postpartum depression.

"I couldn't believe it when my doctor told me that I was suffering from postpartum depression and gave me a prescription for the antidepressant Paxil," she wrote. "I wasn't thrilled to be taking drugs. In fact, I prematurely stopped taking them and had a relapse that almost led me to drive my car into a wall with Rowan in the backseat. But the drugs, along with weekly therapy sessions, are what saved me — and my family."

In 2013, Halle Berry spoke to The Daily Mail about her lifelong journey with therapy: "I've done therapy on an as-needed basis since I was probably 10 years old. My father was an alcoholic and a very abusive one, and my mother knew the value of providing me with the outlet of an unbiased person to talk to, so I've done that all my life when times get stressful. It really helps me deal with stuff."

Always candid about deeply personal subjects, Lena Dunham was effusive in an interview with Stylist about seeking out therapy: "[Therapy is] paying someone to listen to you stammer until you find what's really important. Because the fact is, we all have some underlying drive and anxiety that's pushing us forward at all times … Having a therapist has taught me to be less cruel to myself. It's not like therapy has made me the world's sanest person; it just made me slightly less insane."