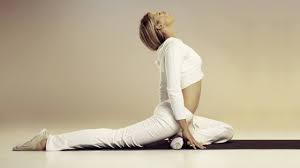 Four Incredible Things to Experience in Sicily : Sicily is an unsung gem of the Mediterranean Sea, an Italian island region past Italy’s southern tip and an incredible location for history, culture, sun and sea. Its major cities each see a million tourists a year on average, who flock to experience the unmatched food and hospitality of the region.

There is so much to experience in Sicily, but the below four options represent some of the most unforgettable experiences you can have.

The Salt Road, by Car

The Salt Road is a 20-mile stretch of road between Marsala and Trapani, on Sicily’s north-western tip. It is so named for the man-made salt flats that birthed an industry, as early civilisations took advantage of the level ground and Mediterranean sun to harvest and mill sea salt. The Salt Road is lined with pyramids of the stuff, as well as the various Dutch-style mills that managed the marshes. The trip takes in the breadth of human history in the area, as well as rare natural sights such as the pink flamingos that roost in the marshes during early Spring.

Mount Etna cuts an imposing silhouette on Sicily’s landscape. The active volcano is an edifying visit, but also one of the most rewarding – and thankfully, you don’t even need to traverse in on foot. The Mount Etna cable car can take you up the volcano, to an altitude of around 3000 metres – giving you an unparalleled view of Sicily from far above the clouds.

The Valley of Temples

With Sicily comprising so many landmarks of cultural and historical interest, booking a Sicily tour may well be in order to be shown the best places on the island. One of those places, without a shadow of a doubt, would be Agrigento on the south-west coast of Sicily – home to The Valley of Temples, which is one of Sicily’s greatest archaeological draws. You’d be forgiven for thinking you had crossed a border, as the Valley hosts some pristine examples of Hellenic architecture from the fifth century BC. The Temple of Concordia is a structure that has to be seen to be believed, while the outline of the Temple of Castor and Pollux has become a symbol for the Agrigento region.

There are hundreds of reasons to visit Palermo, from the bustling street markets that occupy side streets and alleys to its city walls and myriad squares. But one of the most unique things you can experience in the city can be found beneath the gothic Palermo Cathedral, in the form of its catacombs. Here, monks and friars were mummified as an alternative to burial, but placement in the catacombs became a commodity in the 19th century – leading to a macabre display of bodies from all walks of life, and a tourist attraction that grows in popularity all the while.

Related Videos about Four Incredible Things to Experience in Sicily :