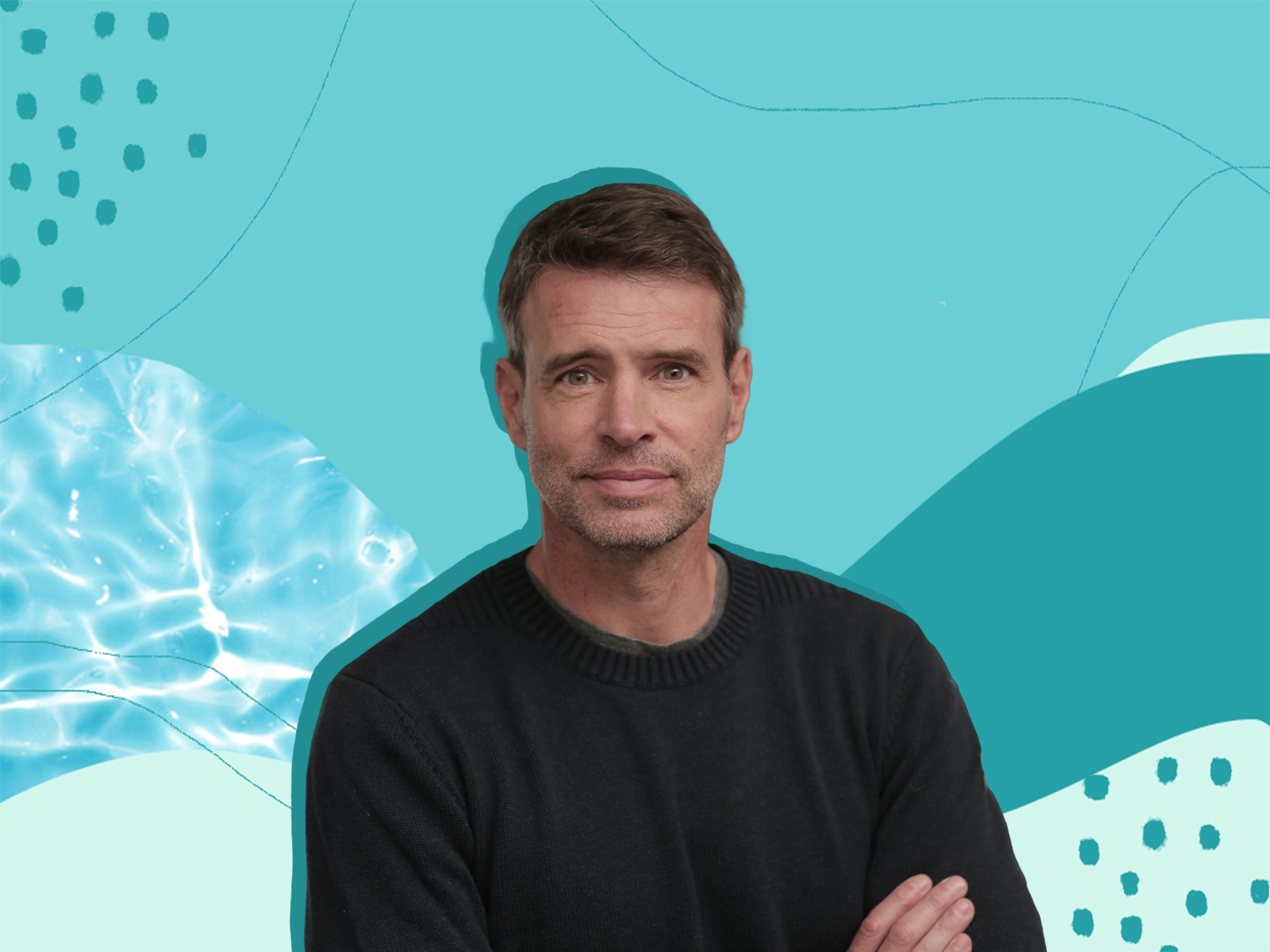 Scott Foley  was just 11 years old when his parents came home from a doctor’s appointment with news that his mother had received an ovarian cancer diagnosis. In the years that followed, he stepped into a caregiving role as she went through treatments before she died four years later. That experience, decades later, inspired him to step into yet another role — as an advocate — joining up with Not on My Watch, a campaign to educate and advocate for proactive care (including maintenance treatment) against ovarian cancer.

Foley caught up with SheKnows’ Reshma Gopaldas (who is a cancer survivor herself) for a heartfelt (read: utterly tear-jerking) conversation about the campaign, taking care of someone after they receive a life-altering diagnosis and how memories of his mom guide his work on screen and as an advocate.

“My mom was a rockstar. In my years that have gone by since she’s passed, I’ve sort of lumped all of her memories into one. I was 15 when she died, so we had had arguments and fights… but she was just the person I always wanted to be and to be like,” Foley says. “[Her death] was not something I talked about a lot. I still consider it … something that really changed who I was and how I viewed the world around me.”

For someone so young, Foley acknowledges the impact a diagnosis like his mom’s can have on a family: “It was a long four years of radiation of chemotherapy of hysterectomies of mom in bed of being quiet and taking her for medicine. It was a lot for us to deal with.”

The long, hard road of treatment is part of what motivated him to connect with the Not on My Watch movement. With more than 22,000 people diagnosed with ovarian cancer each year and the symptoms being difficult to recognize early, there’s also a high rate (nearly 85 percent) of patients who see recurrence of the cancer in their lifetime. While policies have traditionally been to “watch and wait,” the Not on My Watch movement encourages patients and their families to be proactive in getting information about maintenance therapy and to consider all their choices that might be able to delay cancer from coming back.

“Caregiving takes time and it takes energy and if you’re dedicating that time and energy to being a caregiver, you’re doing less somewhere else.”

And, now, years later, he’s had time to think about what stepping into the role of caregiver can really mean for someone, going beyond making sure the person you’re caring for has the medicines they need and the quiet time to rest but also to appreciate the time you get to spend with someone you love. But, he also says that, looking back, there were plenty of well-meaning folks who might’ve missed the mark while trying to be supportive.

“Everybody really wants to help… and you’re like ‘I can’t take another casserole, my freezer is full, I don’t know what to do!’ And it’s only coming out of the goodness of people’s hearts and their desire to not just wanna help but want you to get better, but I wish more people had reached out to the caregiver directly and said ‘what can I do?'” Foley says. “Caregiving takes time and it takes energy and if you’re dedicating that time and energy to being a caregiver, you’re doing less somewhere else.”

But, Foley, adds that his mom’s memory is something that is so present in all the work he does and he thinks about what she’d say or think about each project he takes on “every time.”

“I probably think about it every time I have a big scene or something I’m unsure of or proud of, I think about her and her reaction to what I’m doing, where I am, where I’ve come from all the time,” Foley says. “It’s a great feeling but it’s also a feeling of loss. I’m still, at 49, a 15-year-old kid who lost his mom and wants her to be proud of him.”

For more information on maintenance therapies for ovarian cancer or for chances to get involved with their campaign, head to notonmywatch.com.

Before you go, check out some products that breast cancer survivors can actually use: