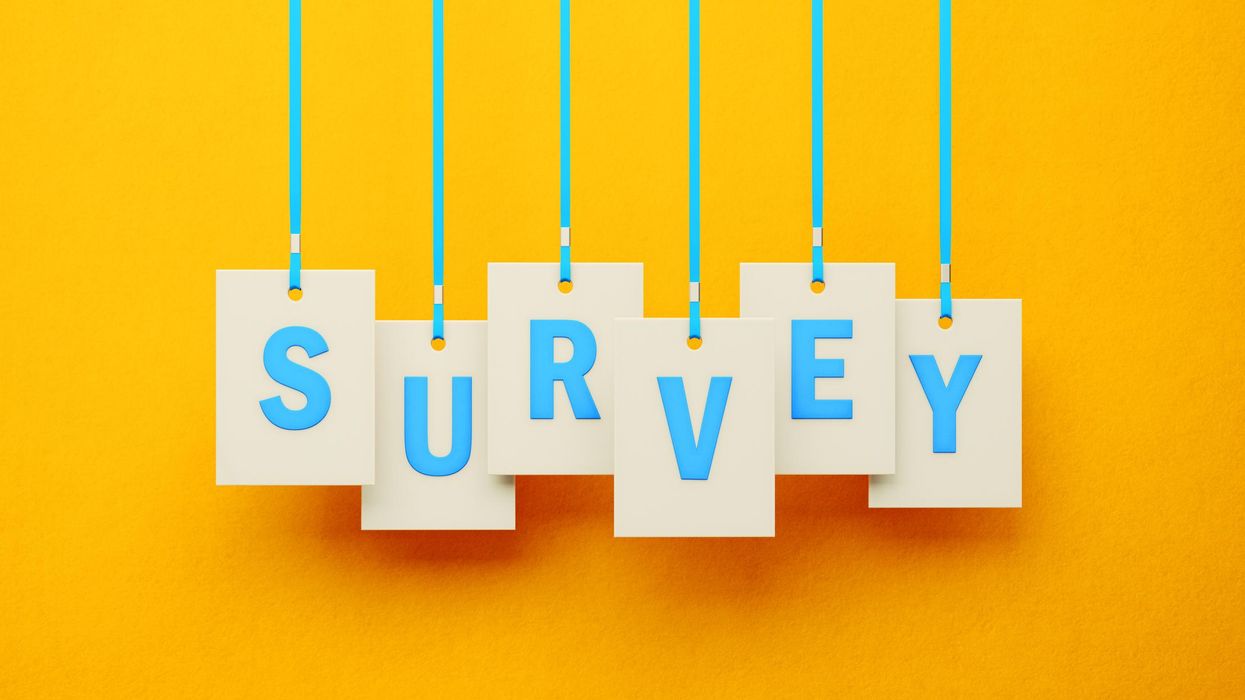 These days, health-related insight is a click away. Curious about the symptoms of depression? Google it. Need the definition of collagen? Ask Alexa. Want to know more about women’s reproductive rights? Pick a podcast.

But how do women view health care and access to health information? Do age, race and ethnicity play a part? What about education? Our recent survey found some surprising results.

(Note: The women quoted in this story did not participate in the survey.)

According to the survey by HealthyWomen, which ran from August 31 to September 5, 2021, and surveyed women between the ages of 35 and 64, a majority of the respondents (87%) agreed or strongly agreed that taking an active role in their own health care is the most important thing that affects their health.

“No one cares about your body as much as you,” said Cindy Vallino, 64, a gallery owner living in Massachusetts. Although Vallino was not part of the survey, she agrees with the 39% of women ages 55 to 64 who agreed with the statement, “Taking an active role in my own health care is the most important thing that affects my health,” compared to women ages 35 to 44 (30%).

Aria Deshe, 39, said she strongly agrees with the statement — especially after a recent life-threatening medical emergency landed her in the hospital. Deshe said she didn’t have health insurance so she put off going to the doctor despite symptoms of a ruptured appendix.

“I arrived at the ER with 107 fever, and my body had already gone into septic shock,” Deshe said. “I had been 12 to 15 minutes from not making it.”

Deshe said the scare helped her realize that she was accountable for her health, and she recently signed up for health insurance. “I will never go without it again,” she said.

Education level played a role in the impression that taking an active role in your health care is the most important thing that affects your health. Participants with a bachelor’s degree were more likely to agree (40%) compared to high school graduates (31%) and those with associate degrees (29%).

Survey results also found that white women are more likely to agree with this statement (36%) than Black (26%) or Hispanic (28%) women. Shaun Chavis, 54, founder of LVNGbook, a Google for Startups Black Founder Fund recipient, agreed that health choices such as diet, physical activity and flossing are a choice; however, she noted that society and environment also play a big role in health and access to health care. “Part of a woman's self-care is getting a mammogram and pap smear … But what if half the counties in your state don't have a single OB-GYN? That's what's happening in my state, Georgia, and other states also have OB-GYN deserts,” Chavis said. “Those deserts didn't just happen; they exist because of choices people made. I wish more people made the connection between our public policies and government budgets and their impact on personal health.”

When it comes to explaining health information, respondents expressed that websites were the most useful, followed by print and online video. Older respondents were more likely to prefer websites than the younger age group. “I’m too impatient to watch a video,” Vallino said. “And I like to go back and read the information again, which is harder to do with a video.”

Websites were also noted to be the easiest way to read information versus print or social media. “I don't trust social media for health information,” Chavis said. “There are too many people who aren't educated, licensed professionals saying all kinds of things to promote their services, products and books. I don't think a lot of it is credible or reliable.” 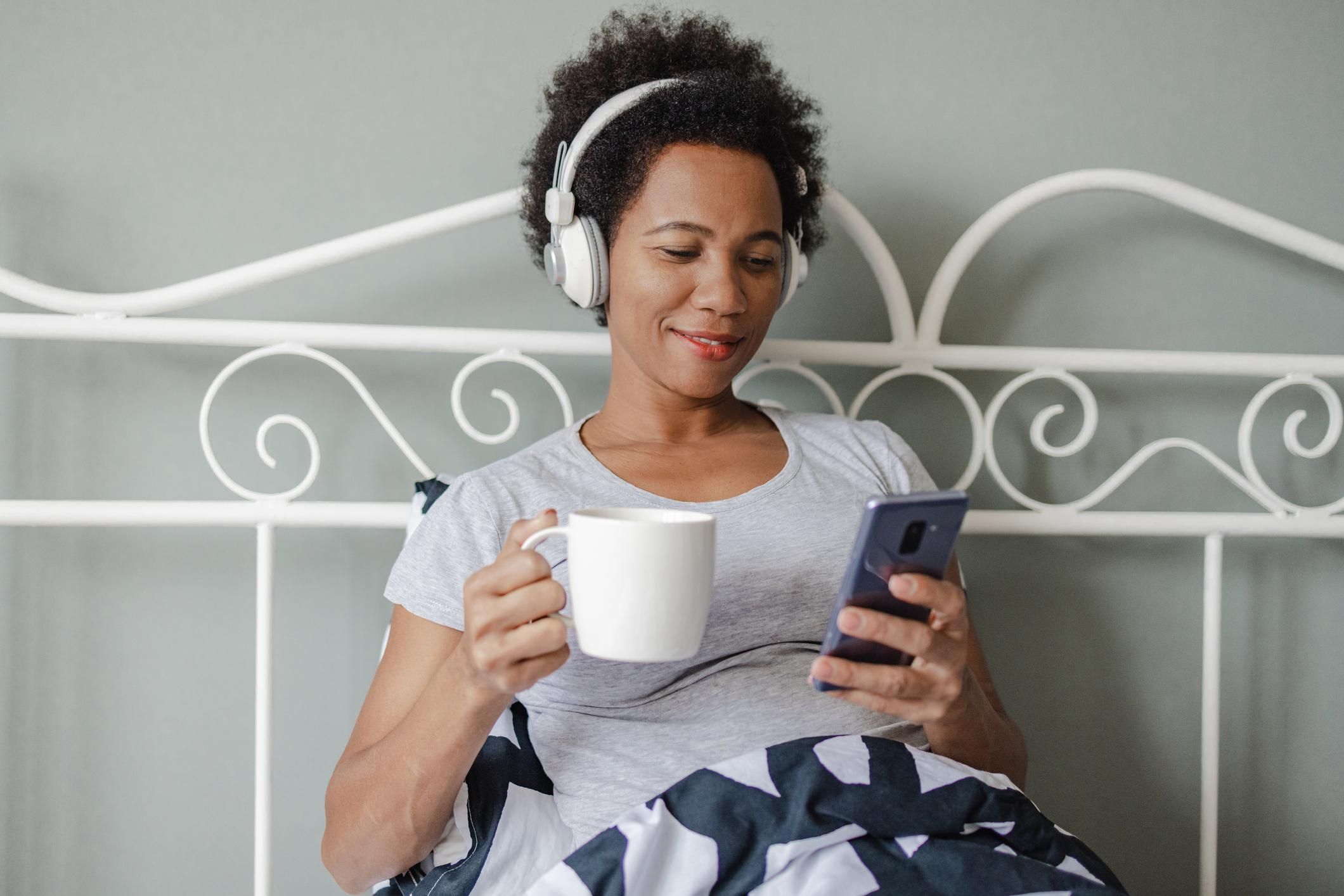 Podcasts came in as being the easiest way for people to understand health information, followed by online video, print, social media, websites and television. Erica Lemmons, 39, works in the healthcare industry and said she’s a big fan of podcasts for health-related topics as an easy way to learn. “For me, it's easy to listen while in my car or while I am walking my dog,” Lemons said.

Podcasts apparently also help people learn what to do with information: Survey participants indicated that listening to podcasts/audio made taking the next steps or taking action the easiest compared to online video, print, social media, websites and television.

On the topic of understanding health information in general, short articles were preferred by respondents followed by videos of healthcare providers (HCPs) and patient stories.

Women’s health in general was the most preferred topic that participants wanted more information on. Aging well and mental health followed. “Living healthy is definitely a popular topic for my age group,” Vallino said. “That includes diet, like foods that help you live to 100 years old.”

Respondents ages 45 to 54 were more likely to indicate a preference for information on brain health, chronic diseases, prevention/wellness and menopause than respondents of other ages. “Mental health is a huge concern,” Chavis said. “I want more information and access to more care.”

Respondents ages 35 to 44 were also more likely to want to know more about mental health compared to women in the 55 to 64 range, and more interested in reproductive health, sexual health, gynecology and chronic diseases. Deshe agreed that mental health and Covid-19 are top interests for her. “I have done quite a bit of research, as my younger brother was among the first long-haulers,” she said. “He's currently nearing his 400th day.”

Although interests may vary by age, the survey supports that women overall are interested in their health and agree or strongly agree that it’s important to take an active role in their own health care. These are trends we can get behind.